Following the devastation of the bushfires earlier this year, Australia’s favourite lip balm, Carmex, has announced the launch of a special edition wildlife pack to raise money for the regeneration of the nation’s flora & fauna.

The true effect of the bushfires have only recently been revealed, with almost three billion animals killed or displaced, three times the estimated figure released in January. Carmex estimates that over $30,000 will be raised towards wildlife regeneration through the release of this special edition pack.

Carmex has incorporated iconic wildlife, such as koalas, kangaroos and echidnas, all impacted by the fires, in the redesign of its cult-favourite classic squeeze tube.

Available at: Coles & Woolworths or online 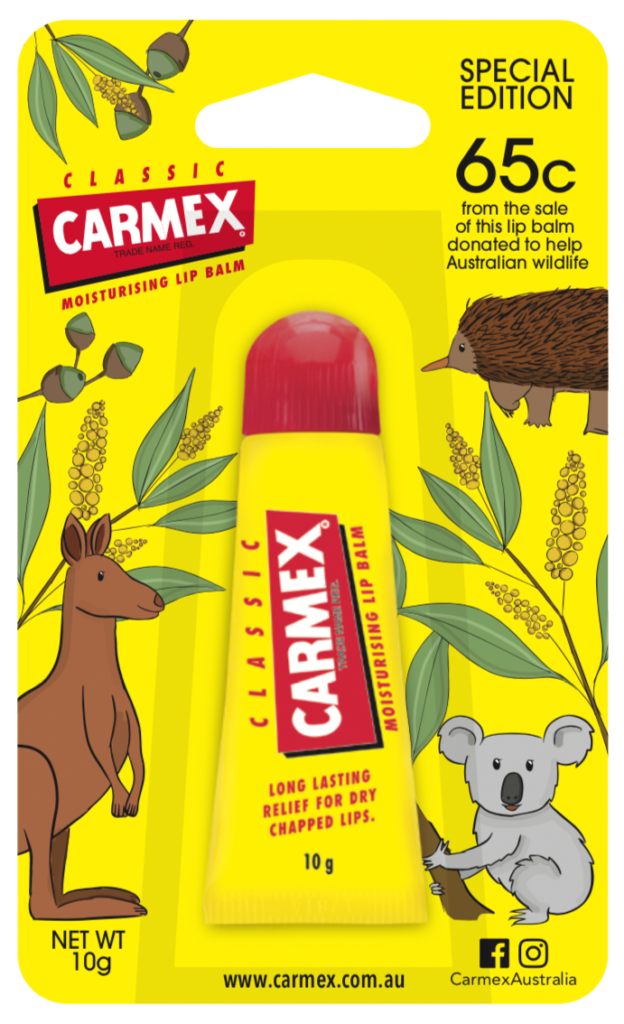