New Middle Eastern eatery Above Par, situated on Clarence Street in Sydney’s CBD, was set to open its doors on 23 March 2020 but by midday, federal and state CV-19 restrictions came into effect, forcing the immediate closure of restaurants across the nation. Determined not to fall at the first hurdle, owners Efe Topuzlu and Ozgur Sefkatli decided to persevere with the opening, quickly converting the modern 60-seater into a takeaway business.

The past few months have seen the hospitality industry ride the waves of a global pandemic, and Above Par has lived up to its name, building a growing fan base for its authentic street-style feasting
plates, inspired by traditional Turkish home-style cooking with Levantine influences. As restrictions continue to ease, and the resurgence of the CBD slowly begins, Above Par is now able to run as it was intended, open for dine-in breakfast through to dinner, and late into the night.

Owners, Topuzlu and Sefkatli grew up in Turkey’s cultural capital, Istanbul; the city that never sleeps. The duo, who met in Sydney, bonded over fond memories of feasting on Kofte and Turkish
dumplings after nights partying in Taksim Square, the beating heart of modern Istanbul. Above Par, their first joint restaurant venture, was born of a dream to bring affordable Middle Eastern eats to Sydney’s CBD, emulating the late-night haunts Topuzlu and Sefkatli frequented in their early twenties. No stranger to Sydney’s burgeoning hospitality scene, Topuzlu owns popular Turkish brunch spot, The Factory Grind, in Surry Hills, whilst Sefkatli has held management roles in top hotels (Four Seasons; Hyatt; Marriott) across Sydney. 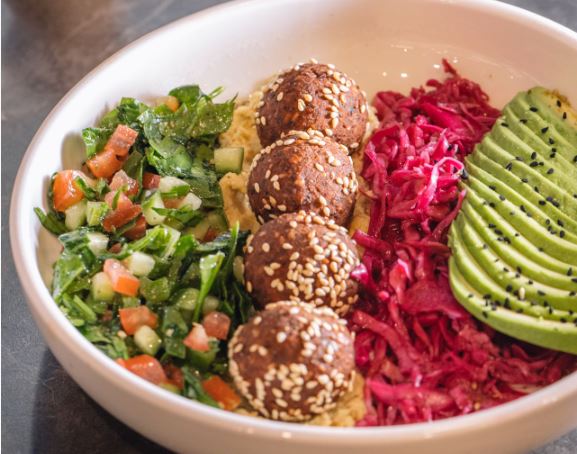 Located amongst some of Sydney’s most popular small bars, such as Baxter Inn, Barber Shop, Lobo and Cantina OK!, Above Par bridges the gap for a casual, all-day/late-night eatery in the area.  With the kitchen currently open six days a week, the menu melds time-honoured, family recipes (some hundreds of years old!) with popular snacks and staples inherent of Ottoman cuisine. Dishes are designed to share, and there is an emphasis on homemade Meze plates and dips, chargrilled meats and freshly baked Levant-style bread and pastries. The breakfast menu offers an array of traditional Turkish egg dishes including Cilbir (poached), Menemen (scrambled) and Shakshuka (baked) and are best slurped down with a Turkish coffee or Green apple tea. 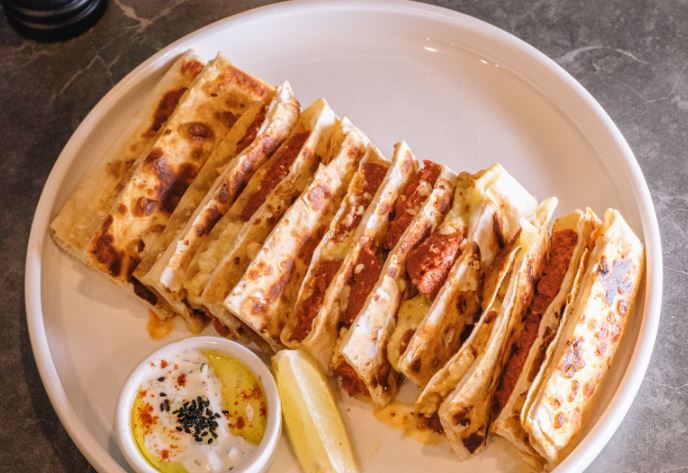