Wetherill Park legend Fat Franks has launched its new restaurant in Newtown bringing with them the Philly Cheesesteak, an American icon which they make following the original 80 year old recipe and using authentic ingredients from the US.

For the uninitiated, the cheesesteak is a mouth-watering combination of thinly sliced, sautéed rib eye and melted cheese on a roll which is then topped with fried onions, sweet peppers or mushrooms. It’s a culinary institution in Philadelphia and you won’t hear about Philly without mention of the cheesesteak, it’s even on their official tourism website!

Also on the menu are their Fat Sandwiches which you might know by their more popular names, Submarine Sandwich or Hero. Ask any New Yorker and we can guarantee they’ve had a Hero or two on their lunch break. Made with the same Amoroso rolls used for the cheesesteak, the Hero is filled with any combination of meat, cheese and vegetables.

The full menu including salads, sides and desserts can be found on their website.

Address: Fat Franks Newtown are located on 172 King Street next to Newtown Hotel. 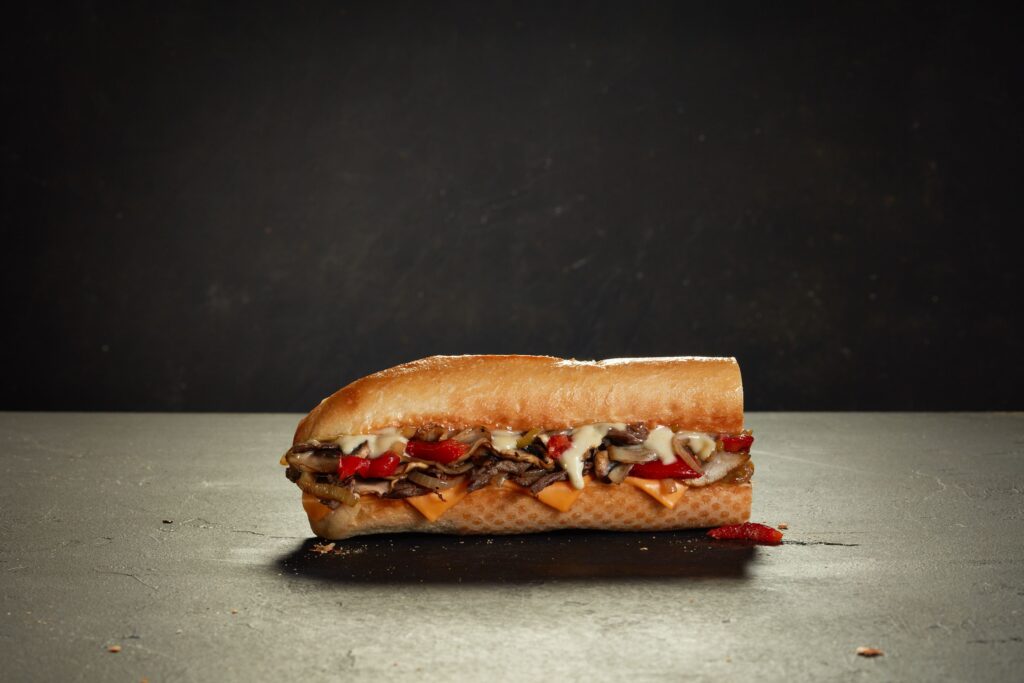