WingHAÜS by Bavarian, a wing-packed, sauce-smacked spin-off of The Bavarian, is coming to Sydney, scheduled to open in the Gateway dining precinct at Circular Quay in late January.

WingHAÜS by Bavarian is a new dining and entertainment concept by Rockpool Dining Group that fuses eight variations of sauce-doused, American-inspired chicken wings, and other treats and snacks, with 40 draught beers and margaritas on tap. There is a boisterous sports-bar vibe thanks to 20 large-screen TVs.

WingHAÜS by Bavarian is reminiscent of an American diner and accommodates 145 guests, with a mix of high-top tables, communal tables, bar stools and counter dining, and leather booths throughout the open-plan space. Walls are decorated with bright neons, nostalgic signage and unique sports memorabilia.

Inspired by the chicken wing’s cult status in the US, and The Bavarian’s famous buffalo wings, WingHAÜS by Bavarian offers a range of classic buffalo wings, fried wings (dusted in either chipotle or habanero powder) and boneless chicken tenders. All come in servings of 10, 15, 20, 50, or 100 pieces and with a choice of eight accompanying sauces with a heat index from mild to meltingly hot: teriyaki, Texas BBQ, traditional hot sauce, Korean, habanero, chipotle, afterburner and face melting. 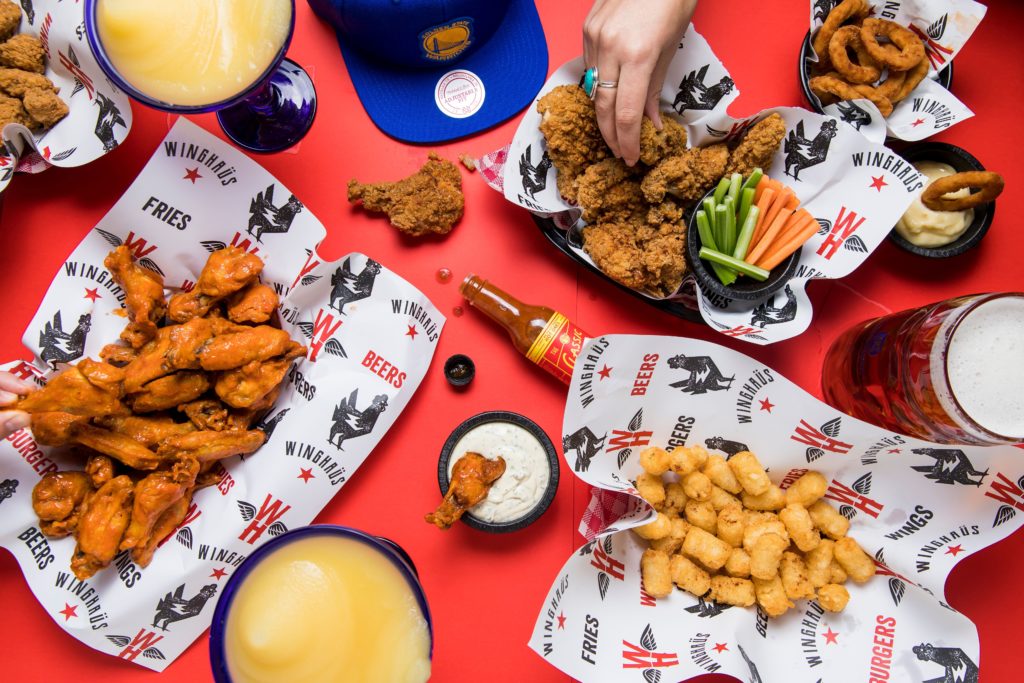 Addictively good enough to create their own cult following, these wings have a choice of five accompanying dips: blue cheese, ranch dressing, honey and mustard, garlic, and haüs sauce.

The menu ends on a sweet note with classic New York-style cheesecake, and deep-fried chocolate bars and ice cream – choose from Mars, Snickers or Picnic. Pre-order, takeaway and delivery services are available. 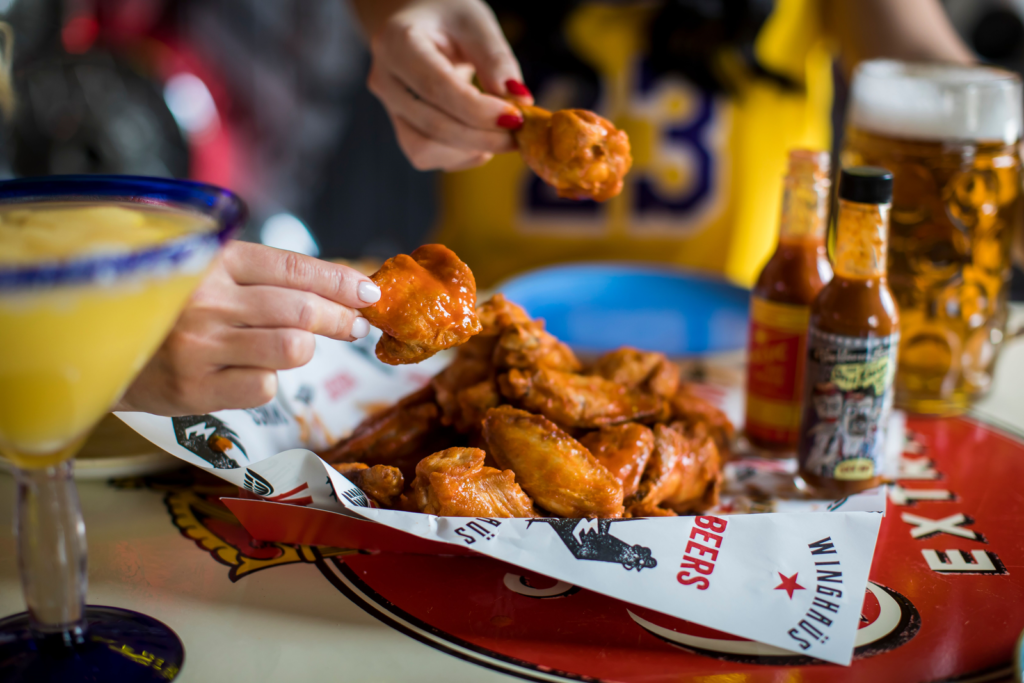 State of the art technology wirelessly streams up to 20 games simultaneously, so diners can immerse themselves in their favourite sport or game. A great playlist features Rock & Roll and other classic tunes.

Rockpool opened its first WingHAÜS by Bavarian in Brisbane in September 2019.