Yasmin Mund is a multi-award-winning freelance photographer. Her travel, documentary, and fine art photography has been published internationally in Europe, UK, USA and Australia, and her photographic prints have been exhibited and sold worldwide. Just some of Yasmin’s accolades include National Geographic Travel Photograph Of The Year, Featured Artist as part of the prestigious Head On Photography Festival 2020, and International Travel Photograph Of The Year.

Yasmin’s current personal project is Concrete Jungle, a photographic book and exhibition taking place at Tamarama Surf Club in April. Through the project she explores and documents the experience of residents living in an iconic apartment block where she resided for three years prior to its closure for re- development.

Glenview Court is known as one of Sydney’s ugliest buildings in one of its most stunning locations. A brutalist white concrete block perched on a clifftop overlooking Tamarama Beach, it has been nicknamed The Beast, Tamarama Toaster, Soviet Hospital, and the Housing Commission. Originally designed by Australia’s most celebrated architect, Harry Seidler, its design was modified, and corners cut by the notorious Rene Rivkin’s developer father Walter Rivkin, who crammed 78 apartments into this seven-level 1960s eyesore that, over ensuing years, rapidly descended into dilapidation and disrepair. It hit major trouble ten years ago when it was served with numerous fire orders and was discovered to be riddled with concrete cancer.

A building often loathed from the outside but adored from within, anyone who hasn’t lived in the building could not understand its appeal. Only the residents understood its beauty. Outside was one of Sydney’s most beautiful beaches, inside was a diverse and convivial community of retirees, travellers, backpackers, low rent paying artists, creatives, and even squatters. The juxtaposition of living in such a derelict building, in one of Sydney’s most glamorous and expensive suburbs, staring at a million dollar view every day provided a truly unique experience. 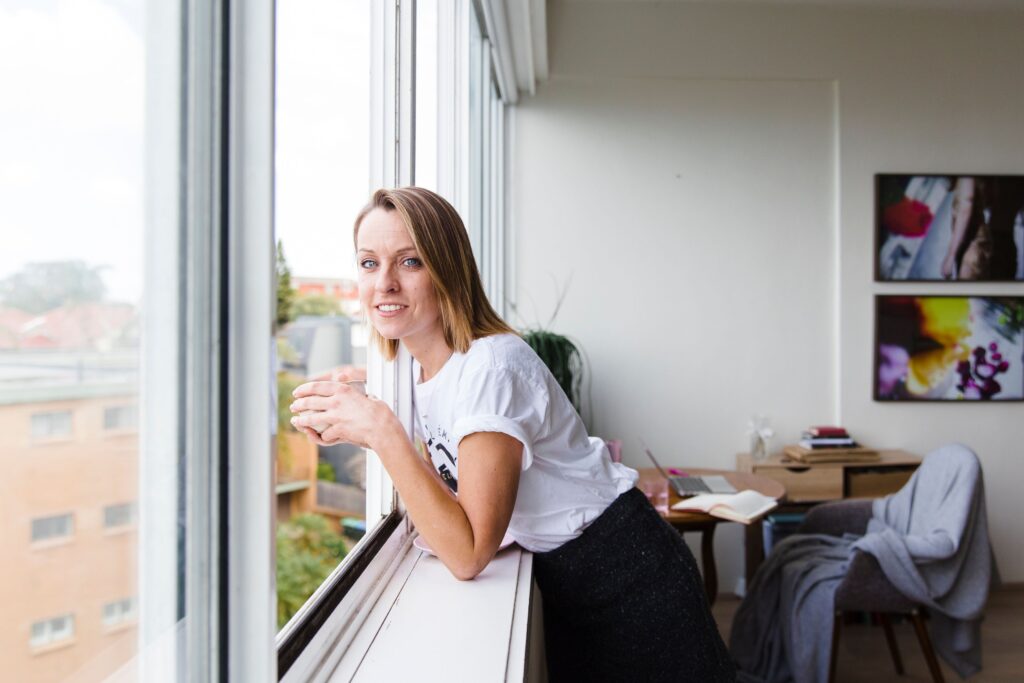 Concrete Jungle visually explores and documents the residents and their homes in the iconic Glenview Court building. Yasmin’s photographic study looks across 15 apartments and their residents living in the worst building in one of Sydney’s most expensive suburbs. Bringing to light for the first and last time what living in Glenview Court was like, before receiving its much-needed upgrade. Through interviews the residents describe what living in the building has been like for them, how it served as their home, and how they feel about needing to leave for its upgrade, making this project an important piece of history.

Subjects include Samantha Lane, author journalist, broadcaster and daughter of veteran journalist and commentator Tim Lane; Archibald Prize-winning artist Craig Ruddy; TV Director Adam Kiers who made a music video for the Australian duo No Mono at Glenview Court; and Karen Halabi, a freelance journalist and editor; as well as many other creatives.

Yasmin says, “With all the new development in the world, especially in cities like Sydney, there seems to be at times a lack of reflection on the history of old buildings before they are leveled or redeveloped. I wanted to document not just this building, but the people who bring the building to life.”