W Hotels are gearing up to kick off the 2021 Sydney Gay & Lesbian Mardi Gras celebrations by bringing the parade to the people this Saturday 27th February.

Ahead of getting the party started at the iconic parade’s new home at the SCG on March 6, W Hotels will put their own signature cheeky twist on Australia’s much-loved Mr Whippy van which will wander the streets of Sydney, popping up at iconic Sydney locations for one day only. W have also ru-vealed that drag queen superstar Courtney Act and DJ-duo Jawbreakers have given an edgy remix to the iconic Greensleeves track Aussies know and love.

Bringing the parade to the people, W’s Witty & Whippy van will be serving up complimentary soft serve waffle cones in 2 limited edition W x Mardi Gras flavours to the public on Saturday February 27 at North Bondi Surf Lifesaving Club and the Rainbow Walk at Coogee Beach. Consumers will get their pick of two nostalgic flavours, the Rainbow Rise featuring a classic waffle cone, vanilla soft serve and rainbow sprinkles, and the Love Out Loud, with a vibrant red velvet waffle cone and vanilla soft serve oozing with strawberry sauce and tutti frutti popcorn pieces.

Lucky consumers will also scan a QR code to sign up as a Marriott Bonvoy member and go into the draw to win a 2-night staycation at any W Hotel around Australia. 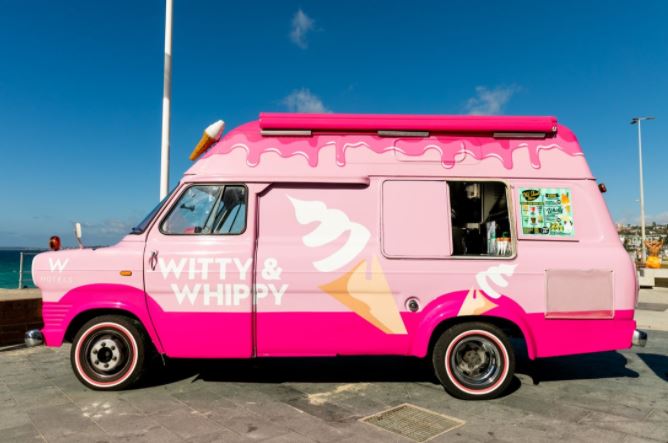