The seaside flavours of the South of France will be spirited to Sydney for one night only on November 26 when acclaimed French chef, Virginie Basselot from iconic Le Negresco Hotel in Nice, headlines a four-course degustation dinner at Sofitel Sydney Darling Harbour’s French resultant, Atelier by Sofitel.

Tickets are now available for this exclusive culinary event, which will give a handful of fortunate Sydneysiders the opportunity to meet Mlle Basselot and sample her amazing cuisine.

With 2 Michelin stars under her belt, Virginie is one of only two female chefs to have been awarded the prestigious life-time title of Best Craftsman in France – Meilleur Ouvrier de France (MOF) – which has earned her the right to wear the coveted blue, red and white collar on her Chef’s jacket. 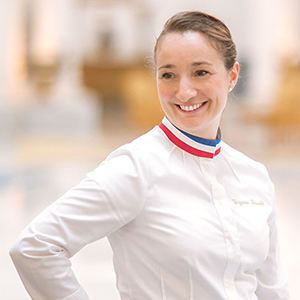 This hard-won recognition, which has only been awarded to 200 chefs since it started in 1925, is honoured at the highest levels in France. In winning this title, Virginie sits alongside other culinary notables such as Paul Bocuse, Joël Robuchon and Roger Vergé.

Chef Basselot will showcase her finely honed skills alongside Hotel Negresco’s Pastry Chef Fabrice Didier and Sofitel Sydney Darling Harbour’s highly experienced culinary team, led by Executive Chef Eric Costille – also a native of the South of France hailing originally from Cannes. Both Basselot and Costille were coincidentally inspired by working in their father’s restaurants from a very young age.

A fragrant chilled fish soup with shrimp bouquet and rouille will transport guests to the Mediterranean seaside, while a tender lamb loin served with artichokes and herbed gnocchi will balance out the menu. An authentic French dessert of apricot, olive oil, and fresh almonds will sit alongside a crisp wheat waffle to complete the tasting experience. Specially selected wines will match each course (with a supplement). 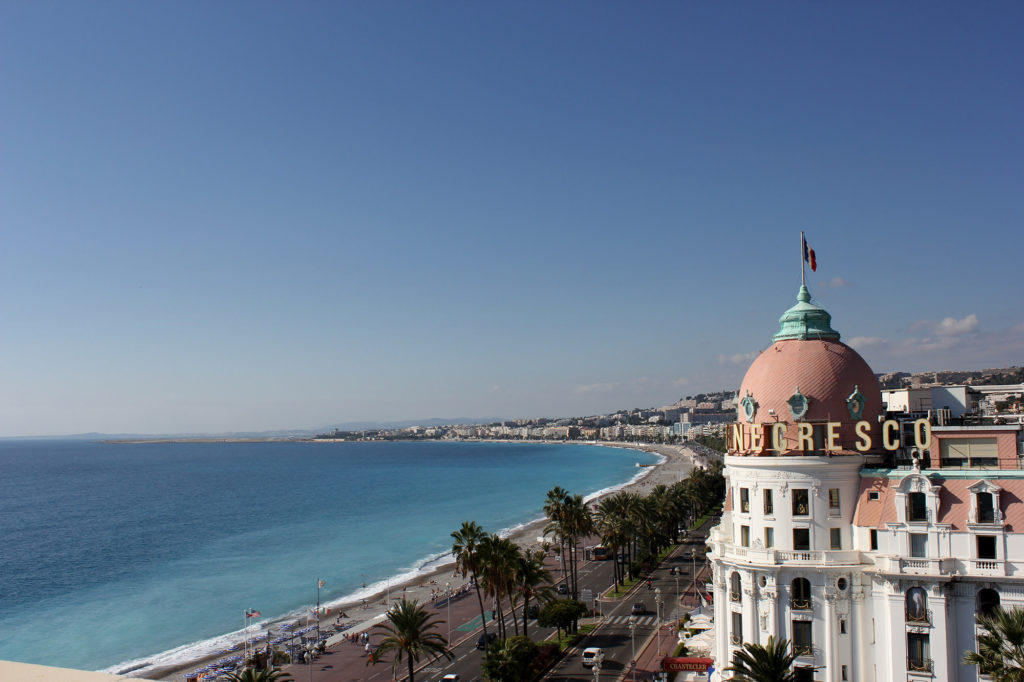 Television personality and Francophile, Maeve O’Meara, will guide guests through this very special event being held in the hotel’s signature restaurant Atelier by Sofitel on Tuesday 26 November starting at 6.30pm. In an entertaining, interview-style format, O’Meara will help guests gain insights from Virginie’s time at the legendary Le Negresco hotel which opened on the French Riviera in 1913 and has welcomed artists, politicians and celebrities through its doors including Dali, Princess Grace of Monaco, the Beatles and Elton John.

Virginie joined the hotel just last year, having previously worked at the famed Hôtel de Crillon and then Le Bristol in Paris. She picked up her first Michelin star at the Saint James. She now oversees Le Negresco’s two Michelin-starred restaurant – Le Chantecler, their brasserie – La Rotonde and the room service and banqueting functions.

Virginie will attend only two events while in Australia: a private Gala Dinner hosted by Atout France at the hotel’s Magnifique Ballroom on November 25, and the culinary showcase open to the public on November 26.

‘One Night in Nice’ costs $149 per person with very limited seats available.