Musica Copa is the beloved charity 5-a-side football tournament for the music industry that has been kicking goals and raising money for many deserving charities since it started in 2013. On Friday 24th January 2020, Musica Copa reaches a significant milestone with the move to a brand new, bigger, and more central location at Centennial Parklands Sports Centre, Moore Park. Catering to the popularity and high demand of Musica Copa, the next event will be upgraded to our highest ever total of 28 teams, representing a broad spectrum of key and influential businesses across the Australian music industry. 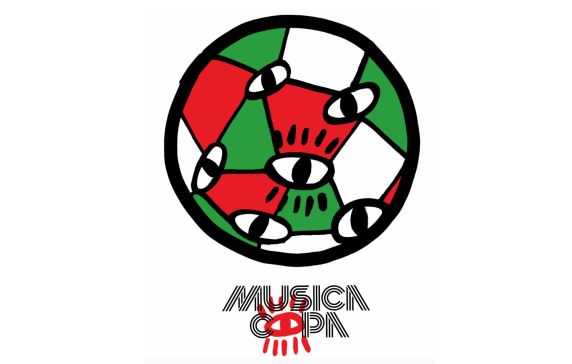 The final spot goes to PARK SSC, who join Musica Copa for the very first time as part of a very exciting creative and social collaboration, which has included the design of this year’s event artwork by Sam Davy, PARK’s founder and creative director. PARK supports refugees and people seeking asylum, at-risk youth, abandoned children and equal opportunities for girls. PARKS’s incredible ‘Pass-A-Ball’ initiative will also be facilitated at Musica Copa where for every ball purchased, PARK pass another ball to a child in need around the world. One for one. For Musica Copa however, PARK have offered to ‘Pass-A-Ball’ for every single goal scored one the day!

Thanks to our partners and participants the teams will be competing to win a share of the $15,000 prize money for their nominated charities, bringing the total amount raised by Musica Copa over the years to $75,000. New for 2020 is a MyCause fundraising page for all 28 teams, which will see every team raising money and awareness directly for their nominated charities, and should help to ensure that we raise even more for charity.

$10 Donation on the door
www.musicacopa.com