On Saturday, 20 June at 11am AEST, the award-winning three-piece children’s band, ‘The Beanies’, will take over the Luna Park Sydney Facebook page for an exciting, fun-filled concert. The live
stream will be made up of The Beanies original songs and promises to entertain your kids whilst encouraging them to exercise their imaginations and nurture their creativity.

The Beanies are made up of three professionally trained performers; Laura, Mim and Michael with expertise in signing, acting, dancing, writing and children’s entertainment. With over 50 original songs released with ABC Kids, The Beanies were recently nominated for an Aria for ‘Best Children’s album’ but are also known for their award- winning podcast series which won ‘Australian podcast of the Year – Kids and Family’ in 2018 and has over half a million little ears listening! 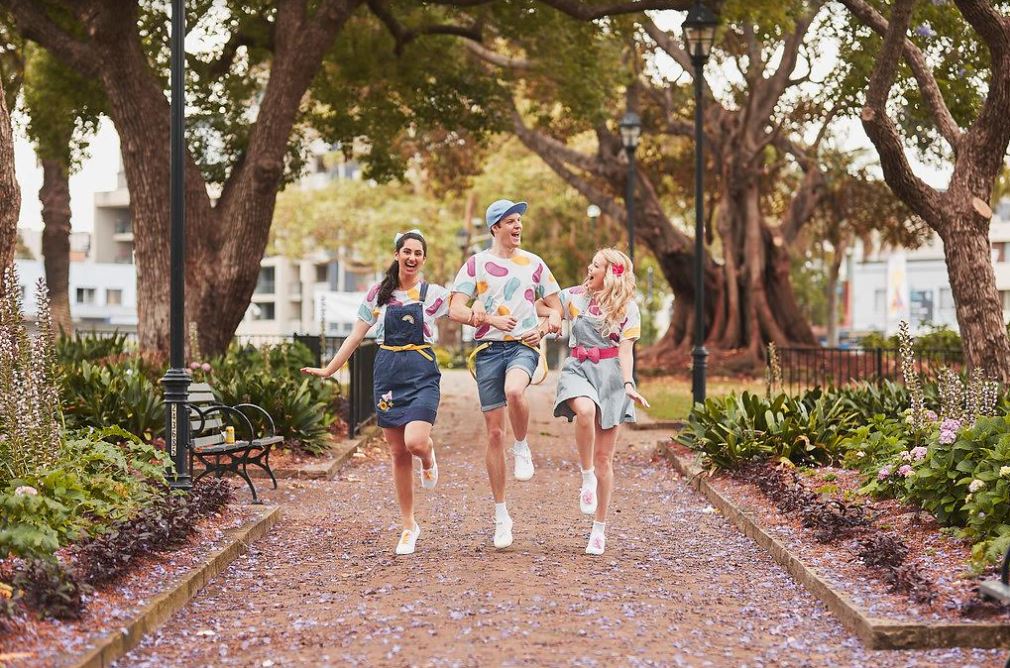 Luna Park Sydney has been delighting social media fans over the past 3 months with April Fun and Magic May, and are very excited to introduce Jazzy June which will include non-stop entertainment, the chance to get to know their showtime characters and performers and even more activity sheets.

The Facebook Live concert will be streamed at 11am AEST on the Luna Park Sydney Facebook page.