With a combined background in hospitality and interior design, it has long been the dream of
the two to open a bagel store inspired by iconic NYC spots such as Katz’s Deli, or Russ &
Daughters. This is a dream steeped in family tradition: Bernadette’s mother (and Anna’s
grandmother) Colleen lived in New York, and as a young woman, was a frequenter of Russ &
Daughters in Rockefeller Centre, where she would go every day during her lunch break for a
bagel and lemonade – and sometimes, a bit of ice-skating. As a child, Anna travelled to New
York frequently with Bernadette, to tread in her Grandmothers’ footsteps, ordering bagels
from Russ & Daughters, and now Anna is thrilled to continue her grandmothers’ legacy in
downtown Redfern!

Sweet bagel options such as a RICOTTA & FRUIT PRESERVE BAGEL, NUTELLA BAGEL, and
a CRUNCHY PEANUT BUTTER BAGEL are also available, however, the dessert stand-out
would have to be the BABKA (by the loaf, or slice). The mother and daughter duo personally
taste-tested Babkas from around Australia and believe they’ve found the very best version
of this delectable Jewish pastry and will be offering chocolate and cinnamon versions with
weekly Babka specials, along with mushy, chewy NYC-style cookies.
Home-made lemonade, with George Street Deli branding, is also on offer. Will & Co Coffee is
on offer with a range of teas by Apotheca by Anthia. 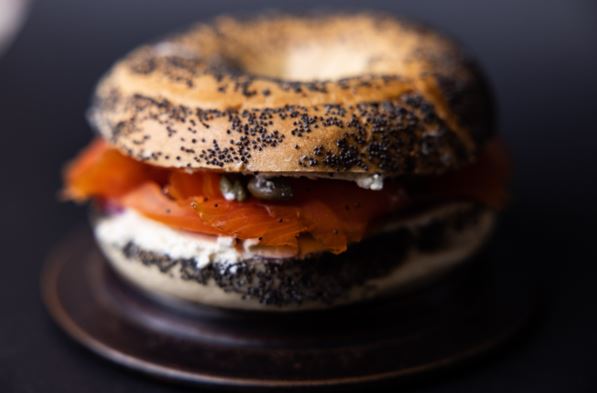