Cashman’s early experiences took him on a culinary learning spree in reputable Australian kitchens such as Sean’s Panorama, Cottage Point Inn & Paper Daisy, before becoming Head Chef of Fin’s where he landed his first hat.

Cashman has also worked in some of Europe’s finest restaurants, such as 3- Michelin Star restaurant Vendome in Germany and Brixton Laundry in London. Despite this, Cashman’s biggest achievement was opening his own restaurant, The Blue Door on 5th in Palm Beach QLD, which launched to great acclaim. It was named Best New Restaurant for Queensland and was listed in the Good Food Guide with one hat. Now, he is determined to bring The Blue Door experience he created on the Gold Coast to Sydney.

The Blue Door Sous Chef Chris Dodd has worked in top Sydney restaurants, including two years at Aria, roles at Altitude and Prime, before becoming Head Chef of Boardwalk Queenstown. He has also worked in one of London’s finest restaurants, 1-Michelin Star Fera. Chris believes food should bring people together through shared, joyful experiences.

The ethos of The Blue Door, Surry Hills, centers around provenance and connection. Produce is sourced from farmers the team have personally visited or know. This ensures they are supporting the finest people in the industry who use the best, most sustainable, and ethical farming practices which contribute to improving the environment and our health. 95% of The Blue Door’s produce is also sourced from NSW farmers. Cashman buys whole or half animals, working with the farmers on a rotating basis to ensure they’re not being put under undue pressure to rapidly produce animals via unethical methods. The restaurant aims to create a connection between its diners and these producers, to encourage diners to make informed decisions around ethical food production and choices. 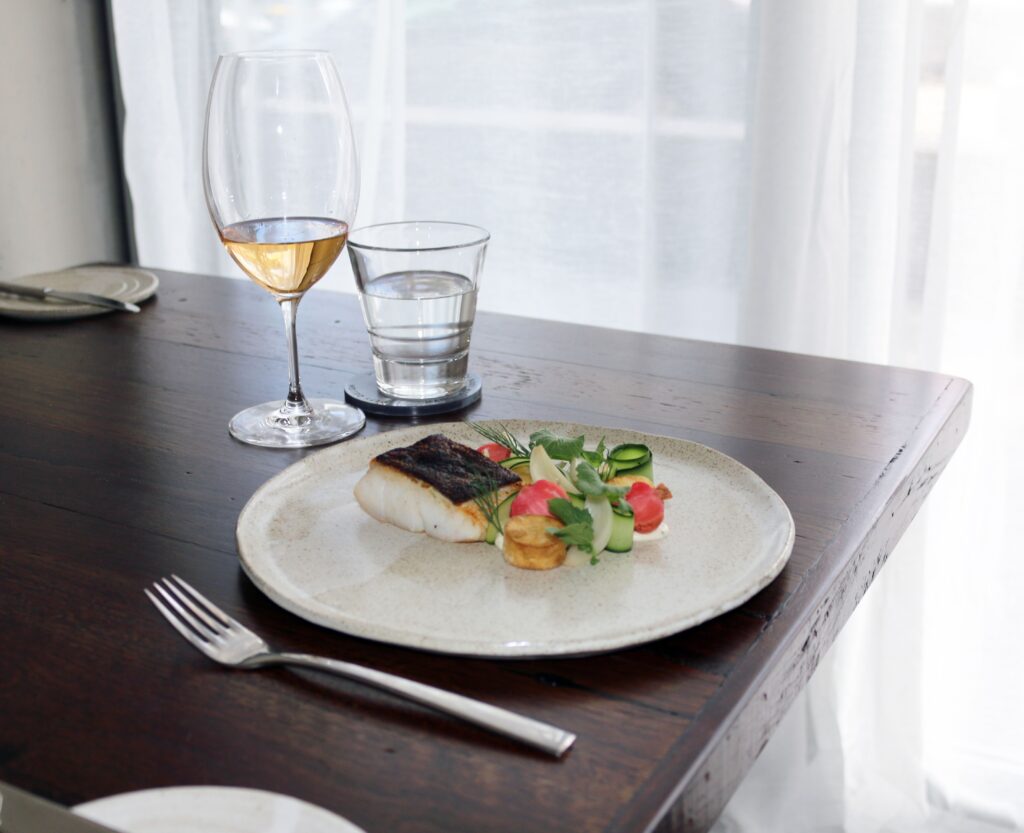 The menu will reflect the rotating nature of the meat sourced from local farmers, changing weekly. This allows The Blue Door Chefs to utilise the whole animal used in that week’s menu, ensuring nothing goes to waste. Bread is freshly baked in-house. And even the plates your food is served on are created by local suppliers, handmade by Porch ceramics in Bondi and Harvest Clay from Tugun. The venue also has two Airgarden’s installed in their outside area to grow their own herbs, fruits, vegetables. The Airgarden is built with a technology called aeroponics – a solution developed by NASA to grow food in air and mist, without the use of any soil. Inside the Airgarden, roots are consistently provided the perfect levels of H2O and nutrients to thrive, resulting in faster growth and less maintenance than any other form of gardening. The Airgarden is Australia’s first locally manufactured aeroponic retail gardening system and is 100% natural.

The Blue Door wine list is curated by General Manager Angelica Nohra, and is almost entirely Australian, heavily focused on the diversity of wine from all over NSW. A Secret Sips menu will showcase hidden vintage champagnes, a small, ever-changing array of international wines, and cocktail specials. Joel Ervin, ex Orpheus Island Lodge and Usher Tinkler Wines Cellar Door Manager, will run the floor alongside Angelica.

The intimate restaurant will seat only 24 people, and the design is simple and clean, with a focus on food, connection, and exceptional service. Due to renovations taking place during Sydney’s second lockdown, a lot of the construction work was undertaken by Dylan and his team, adding another talent to his already impressive CV.

Cashman affirms The Blue Door is more than just a restaurant – he aims to bring awareness and connection to the incredible produce Australia has to offer, believing that food should be respected for its provenance just as wine is. Cashman wants to encourage meaningful conversations, showcase local produce, and shine a spotlight on interesting wines.

For more info head to: www.thebluedoorsurryhills.com.au 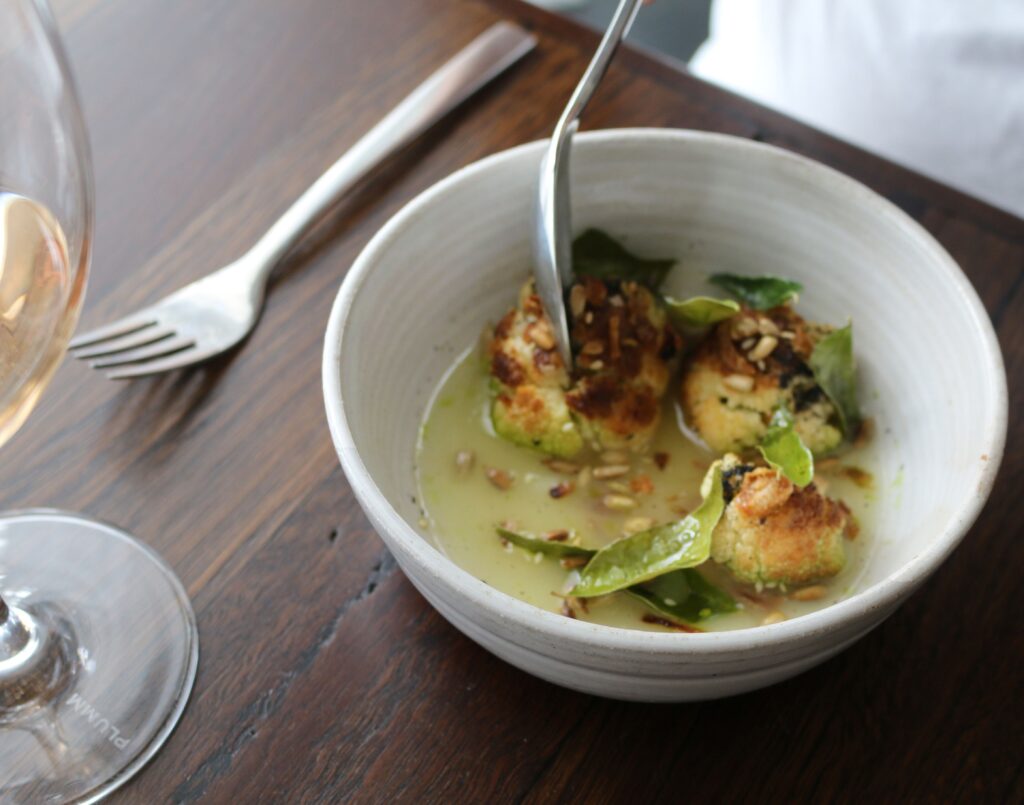