Producers Vivek J. Tiwary, Arvind Ethan David, Eva Price, Howard Panter for Trafalgar Entertainment and GWB Entertainment are thrilled to announce that JAGGED LITTLE PILL the 15-time Tony Award nominated Broadway musical, inspired by the seminal rock album of the same name by Grammy Award winner Alanis Morissette will premiere at Theatre Royal Sydney in September this year. Sydney audiences will be the first outside of Broadway to experience this electrifying and inspiring production. Waitlist now at jaggedmusical.com

JAGGED LITTLE PILL is an emphatic new musical with a story that takes a fearless look at what it means to be alive in 21st century America ignited by Morissette’s beloved hits such as ‘You Oughta Know,’ ‘Head Over Feet,’ ‘Hand In My Pocket,’ and ‘Ironic’, as well as 2 brand new songs written just for the show. JAGGED LITTLE PILL features lyrics by Alanis Morissette with music by Morissette and six-time Grammy Award winner Glen Ballard and an original story written by Oscar Award winner Diablo Cody (Juno, Tully). The explosive production is Directed by Tony Award winner Diane Paulus (Waitress, Pippin), Movement Direction and Choreography is by Olivier Award winner Sidi Larbi Cherkaoui with Music Supervision, Orchestrations and arrangements by Tony and Pulitzer Prize winner Tom Kitt, making it the perfect vehicle to relaunch the iconic Theatre Royal Sydney which is currently undergoing significant multi-million dollar refurbishment ahead of the premiere. 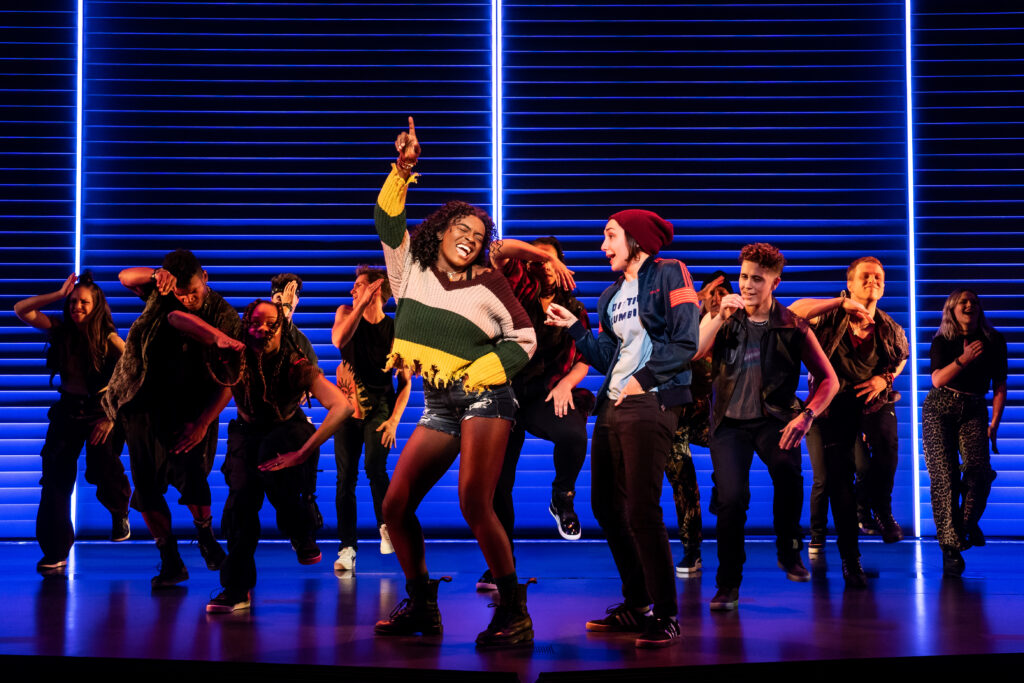 Released on June 13, 1995, the tremendous success of Alanis Morissette’s album Jagged Little Pill skyrocketed her to become the bestselling international debut artist in history; a title she still holds, with the record’s sales reaching 33 million copies worldwide winning 5 Grammy Awards. Now, 25 years after its release, Jagged Little Pill continues to be one of the Top 20 Best-Selling Albums of All Time. In Australia, the album has sold in excess of one million albums, is certified 2 x Diamond, spent 10 weeks at #1 and was the highest selling album in 1996. With 10 eclectic and acclaimed albums released over the subsequent years, Morissette’s music has garnered 7 Grammy Awards (with 14 nominations), a Golden Globe nomination, and total sales of over 60 million albums

The story of JAGGED LITTLE PILL centres around The Healys, a seemingly perfect suburban family striving to hide the cracks beneath the surface when a troubling event shakes their community. Using themes and emotions in the original album, the musical tackles social issues very relevant in today’s society and burns with passion in its uplifting storytelling, ultimately highlighting the hope and healing that comes when people come together.

JAGGED LITTLE PILL opened on Broadway in December 2019 following its record-breaking, sold-out world premiere at the American Repertory Theater. Fans and critics were unapologetic with their love for the musical and of course were devastated when the show had to shut down due to Covid 19 restrictions 3 months into its Broadway season. Its success though has not been halted with a Grammy Award win for the Best Musical Theatre Album released through Atlantic Records and then scooping the pool with 15 Tony Award nominations including Best Musical, Best Director, Best Book and Best Choreography making it the production with the highest number of Tony Award nominations for this season.