Lotus Dining Group is gearing up to celebrate The Year of the Rabbit with a selection of exclusive Lunar New Year dishes and traditional lion dance performances from 22 January until 5 February.

All the individual details and menus can be found at www.lotusdininggroup.com/whats-on/ but get in quick as reservations are essential.

The Gardens by Lotus | Darling Harbour

Barangaroo’s waterfront seafood restaurant celebrates the Year of the Rabbit with a special feast menu, available alongside regular a la carte offerings.

Watch the sun set on Lunar New Year and celebrate 81 floors above Sydney at Infinity, with an opulent degustation of Asian inspired dishes.

Spice Temple is embracing the Chinese custom of ushering in fortuitous times with feasts of auspicious dishes planned for the coming Lunar New Year celebrations.

Executive Chef of Spice Temple Sydney and Melbourne Andy Evans has curated special banquet menus to celebrate the Year of the Rabbit.

The Lunar New Year banquets are available in Sydney from Tuesday, 17 January to Saturday, 28 January.

The regional Chinese banquet menus cost $159 per person, including a Rabbit cocktail on arrival. An optional wine pairing is available for $75 per person.

Skyfeast is rolling out the red carpet for Lunar New Year with special additions to their Asian inspired counter. Enjoy an unlimited selection of pork buns, Singapore noodles, crunchy spring rolls and fresh seafood, before rounding out the culinary experience with a trip to SkyFeasts famous dessert bar.

The Warner Bros. 100 Open Air Cinema celebrates Lunar New Year with a screening of the Hollywood hit, Crazy Rich Asians. Click & Collect snacks to enjoy throughout the movie from the likes of Dopa and Doodee Noodle, and order drinks from the pop-up bar. 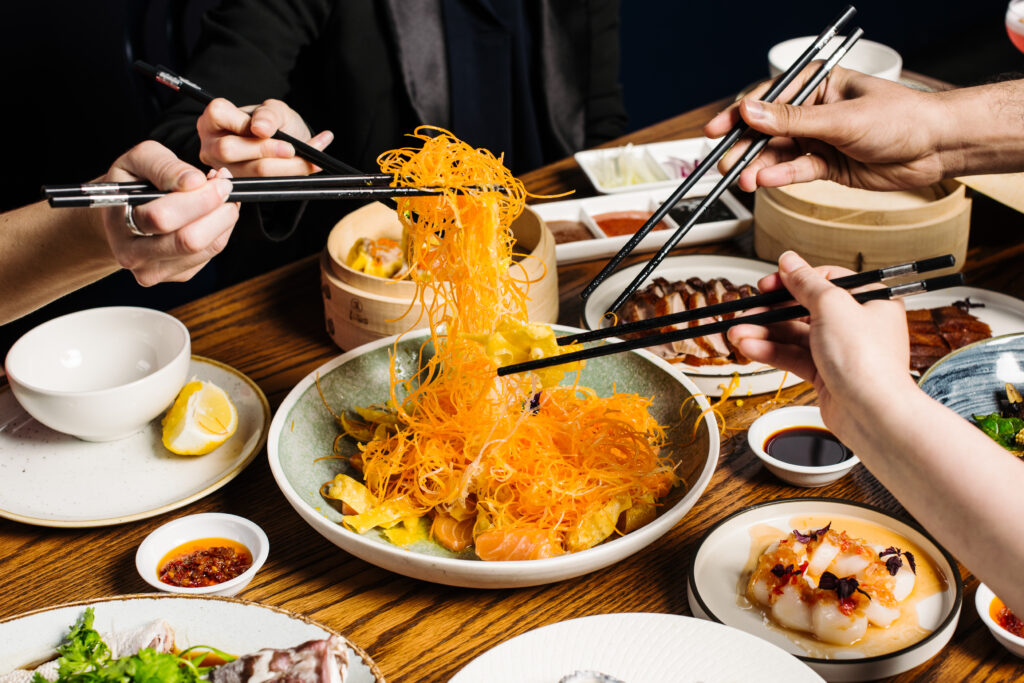