BINGE has recreated New York City’s iconic pop culture landmark in Sydney, and is inviting fans to come down and get their picture taken on the famous Sex and The City steps to celebrate the new series, And Just Like That…

Today, BINGE – home to the world’s best shows – has revealed the arrival of a true NYC icon here in Australia: Carrie Bradshaw’s famous apartment stoop, to celebrate And Just Like That… a new chapter of Sex and The City now streaming on BINGE.

It’s been over twenty years since Carrie Bradshaw’s apartment debuted on the show, with Sex and The City fans from all over the world visiting the location in New York City to see where Carrie lived. *Spoiler alert* And in last night’s Episode 3 (16 December) of And Just Like That…, Carrie moves back into the apartment she called home for many years.

And now thanks to BINGE, Carrie’s apartment stoop has arrived in Sydney’s Pitt St Mall with fans invited to come down and get their very own snap on the famous steps.

EVERYONE is getting in on the action! 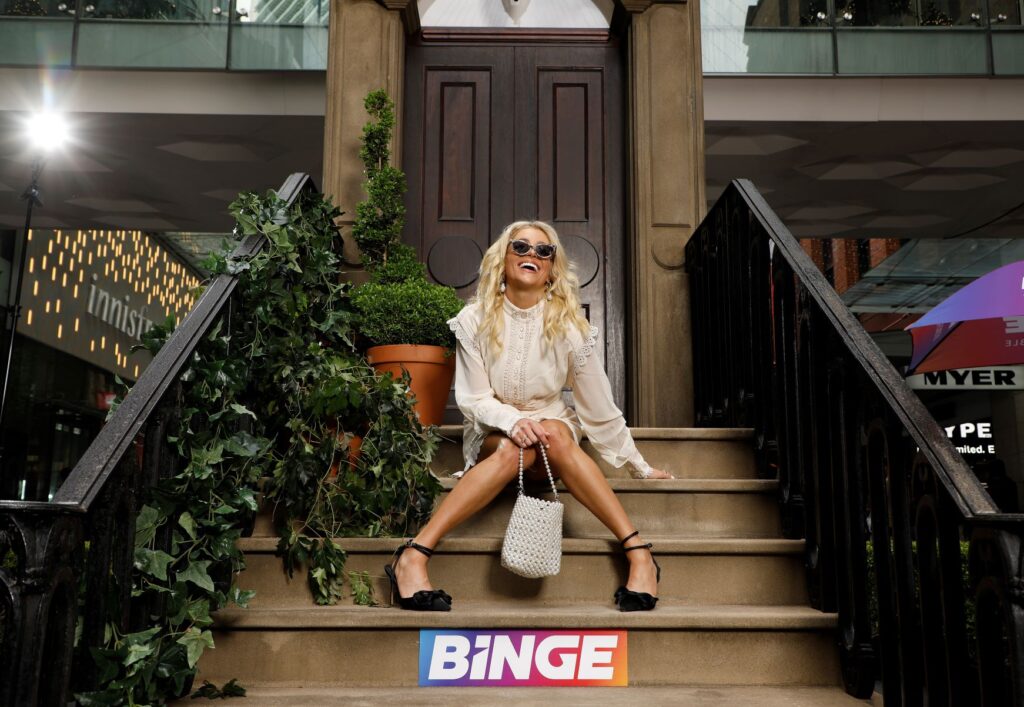 What: An iconic piece of NYC pop culture arrives here in Australia

Why: To celebrate the arrival of And Just Like That… a new chapter of the ground-breaking series Sex and The City, now streaming on BINGE.

Not able to make it down to Sydney to visit Carrie’s stoop? BINGE doesn’t want anyone to miss out on the action and is calling on Australia’s biggest Sex and The City fans to get involved, by recreating their own piece of pop culture history via the Carrie Bradshaw Stoop Challenge.

The first two episodes of And Just Like That… arrived on BINGE on 9 December with the remaining eight episodes premiering weekly each Thursday at 7.01pm AEDT. Fans can catch up on all their favourite Sex and the City moments with every season, remastered in HD, now streaming on BINGE.