In 1979, Sir Michael Hill and his wife, Lady Christine Hill, had a vision to make fine jewellery accessible to everybody, which led to the opening of the very first Michael Hill store Whangarei, New Zealand.

Rejecting the elitism that was always associated with jewellery shopping, Sir Michael wanted to create an inviting shopping experience. He explains, “Everybody deserves to wear quality jewellery and feel special wearing it, along with feeling welcomed when they go shopping.” 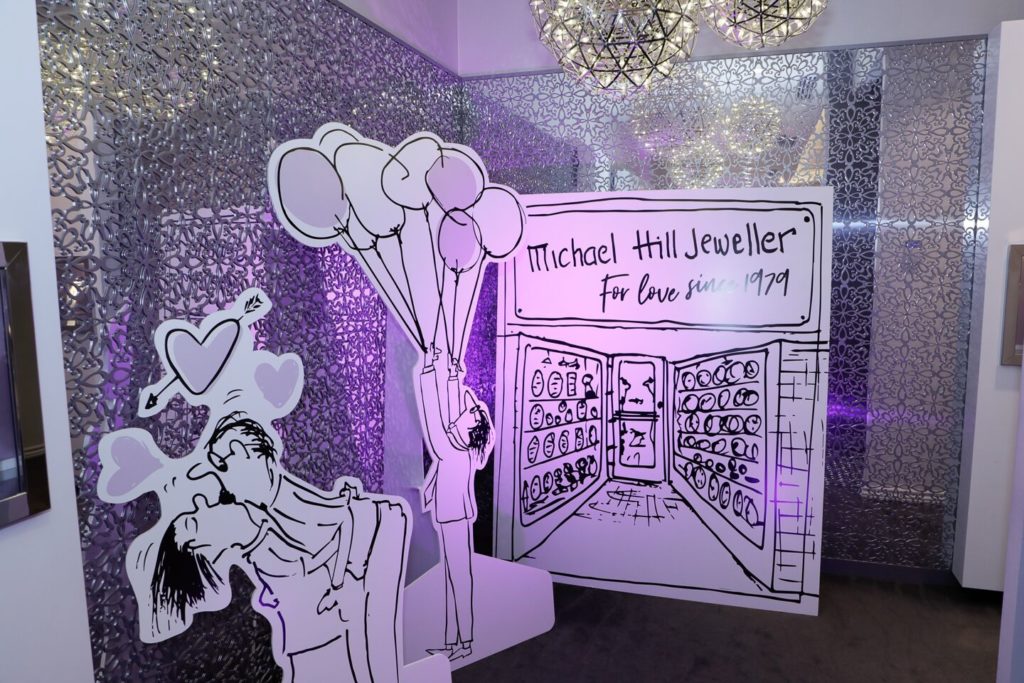 This vision proved to be successful and now, 40 years later, Michael Hill operates more than 300 stores across Australia, New Zealand and Canada.

The Michael Hill brand has gone through an incredible journey, embracing its heritage and celebrating memorable milestones along the way. In fact, the first piece of jewellery ever sold still remains safely in the hands of the family who originally purchased it. The timeless bangle made from sterling silver and diamonds is uniquely designed to resemble bamboo.

Originally purchased by Marie Sullivan, the bangle has since been passed down to her granddaughter Natasha for her 16th Birthday in 1991. Natasha has treasured the bangle for 40 years and is also celebrating her own milestone this year – 25 years working at the Michael HillMaroochydore store. 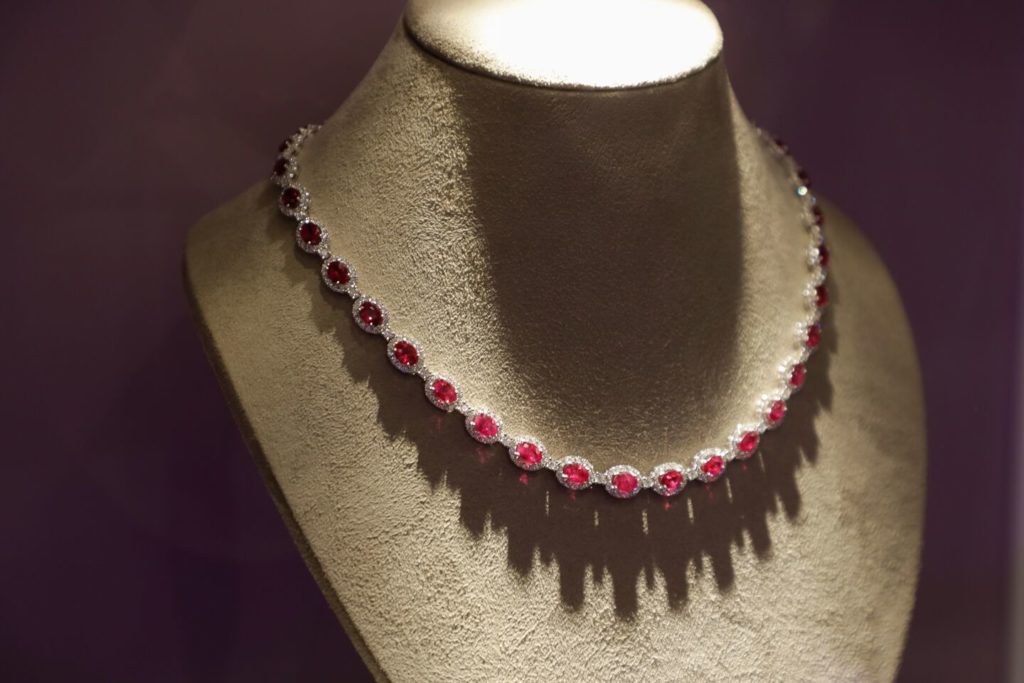 THE 70s
This collection takes inspiration from the disco era and offers limited edition rings with plenty of sparkle – think 18 carat gold and Southern Star solitaire diamonds that are brilliant cut and exclusive to Michael Hill.

You will also find influences from nature within the collection – including organic shapes and a revival of the original bamboo bangle.

THE 80s
This was a period of huge growth for Michael Hill. The name Michael Hill rose to national prominence in New Zealand during the 80s – through a combination of dramatically different store designs, a product range focused exclusively on jewellery and a strategic saturation of advertising that was attention-grabbing. The company’s success grew so much during those first several years that in 1987, Michael Hill was listed on the New Zealand Stock Exchange.

“Our 80s-inspired range represents the opulence of the era. It was a decade defined by new wealth and “more is more” – more gold, more diamonds. It’s quite significant because the cultural and economic themes of the 80s were reflected in Michael Hill’s own growth – more stores and more customers, as the company well and truly brought fine jewellery to the masses,” says Bracken.

THE 90s
For the 90s, Michael Hill experienced a great push towards bridal jewellery, which was strongly driven by customer demand. Engagement rings were prevalent and quickly became a best selling category. In particular the hero of this decade was the classic, bestselling, one-carat solitaire ring.

The 90s mood in general saw a shift towards a contemporary and pared-back elegance in jewellery. There was a step back from the glamorous excess of the 80s and with the solitaire taking centre stage; the quality of the diamond became an important focus. This led to Michael Hill becoming the first-and-only jeweller to offer customers a ‘Lifetime Diamond Warranty’ – something that is still offered today.

THE 00s
As for the 00s, Sir Michael explains the key notion from this decade as the rise of individuality. “Style has become more about personal taste and preference than a defined trend. This has certainly had an influence on our company and has been about expanding on our initial ethos – jewellery for everyone.” To tie this messaging in, Michael Hill has re-introduced the Knots Collection. Designed by Lady Christine Hill, it’s a meaningful range and perfect for gifting loved ones or spoiling yourself.

Another key theme from the 00s is inclusivity – particularly, inclusive love. “A major step forward that we recently celebrated here in Australia was marriage equality. It’s now more important than ever, that our wedding jewellery celebrates all love and we’ve embraced this with a wider and more diverse range of collections and styles than ever before,” concludes Sir Michael.

The Michael Hill Heritage Collection is now available to purchase both in-store and online via www.michaelhill.com.au 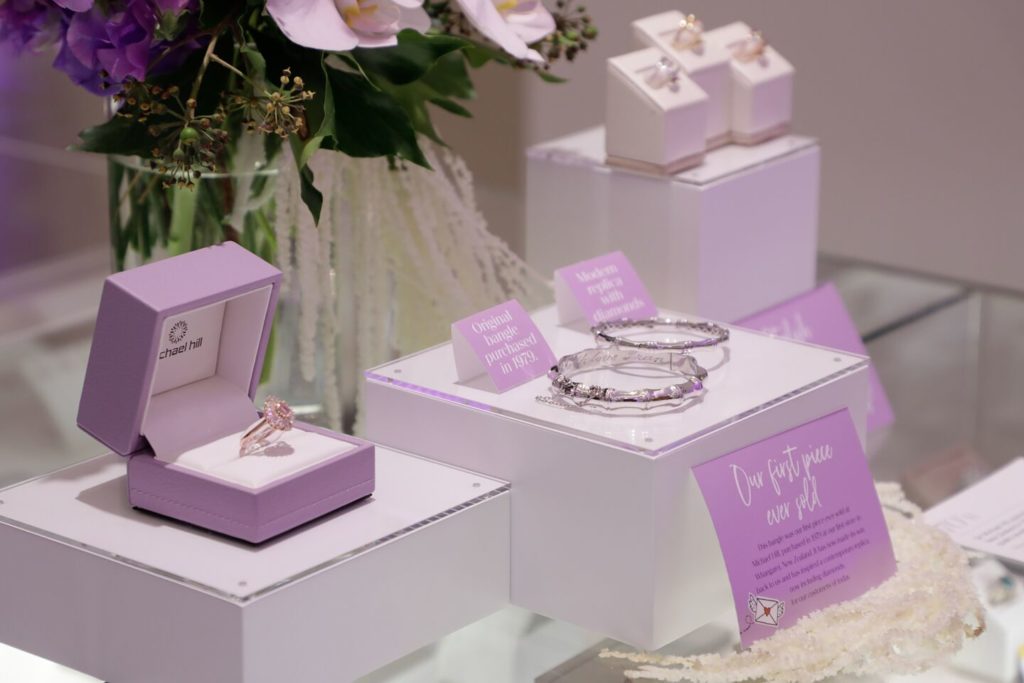