Sydney is renowned for its outdoor seascape and activities. Its outdoor swimming pools are no exception.

The therapeutic and transformative powers of water could be the perfect antidote for our bodies and minds to wash away the woes of recent weeks and leave us feeling refreshed and energised. Here’s our pick of top pools to make a splash in:

Running along the edge of The Domain – 34 hectares of parkland on the eastern fringe of the city centre - the Andrew (Boy) Charlton Pool looks out over wharves of Woolloomooloo. The saltwater Olympic pool is popular with both serious lap swimmers and those who prefer to laze about on stylish wooden deckchairs. Depending on the time of year, the facility also hosts alfresco yoga, so you can stretch out then dive in.

Within a picturesque parkland setting in Sydney’s CBD, Cook + Phillip Park Pool features a 50m pool, as well as hydrotherapy and leisure pools. The pools are heated so ideal for swimming all year-round and if you’re looking to improve your technique and learn how to race, they have a range of competitive squad levels you can join. Kids will love the water slide and jets.

There are many idyllic sandy beaches lining the shores of Sydney Harbour, including Redleaf Beach in Double Bay, a 10-minute drive east of the city centre. Pack your swimming gear for a dip in the Murray Rose Pool, a netted sea enclosure which is a favourite among locals. After a few laps, take a stroll along the wooden boardwalk that forms the perimeter of the enclosure while soaking up views of the harbour beyond.

Just 5km from the city centre, Balmain’s Dawn Fraser Baths is the oldest harbour pool in the southern hemisphere and was the home of Australia’s first swimming and water polo clubs. The pool was built in the early 1880s and the still water is surrounded by Victorian wooden pavilions painted cream and green.

And on Sydney’s North Shore you’ll discover Maccallum Pool, cut into the coast on the western side of the waterside suburb of Cremorne Point. These historic 33m-long seawater baths ringed by a wooden boardwalk, with plenty of shady nooks to gaze over the harbour (including the Sydney Harbour Bridge) after you’ve had a splash about. It’s within easy reach as well – just a 7.5km drive north of the city centre. 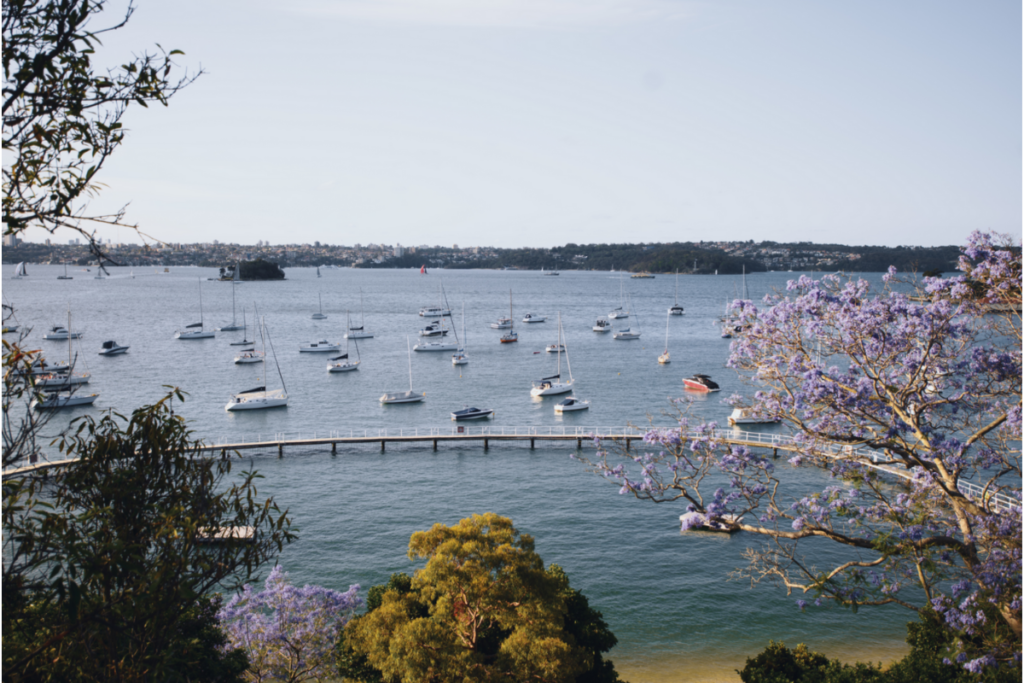 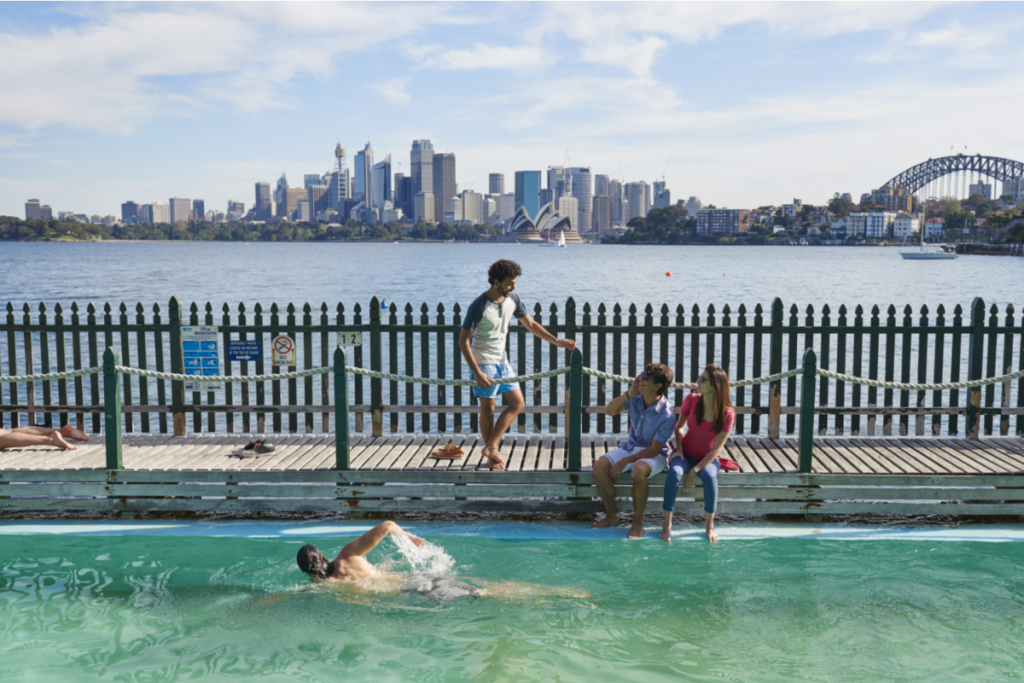 Start the morning with an invigorating early morning dip in the world’s most famous ocean pool, Bondi Icebergs on Bondi Beach, a 20-minute drive from the city centre. Named after its winter swimming club, the bright white pool dates back to 1929 and is an Instagram favourite.

From Bondi, take the coastal walk around to Bronte Baths, built in 1887. Climb across the rocky headland to find the perfect place to spread your towel, before cooling off with a dip in the crystal-clear water of Gordons Bay. Divers and snorkellers can follow the Gordons Bay Underwater Nature Trail, marked by concrete-filled drums and a chain and with information displayed on steel plaques.

Enjoy a casual swim followed by lunch at the café, or join onsite yoga and Pilates classes at Wylie’s Baths in Coogee, a 15-minute drive south of Bondi. It’s one of Sydney’s most beautiful tidal pools, with raised decking and views over the Pacific Ocean and Wedding Cake Island.

Relax at the only ocean pool in Australia open exclusively to women and children, McIver’s Ladies Baths in Coogee which has been attracting swimmers for almost 150 years. The McIver family ran the baths from 1901 until 1922, when the Randwick Ladies Amateur Swimming Club was formed and took over the lease. The club still runs the pool, funded by a nominal charge, tossed into a bucket on entry.

Soak in the views at Maroubra’s Mahon Pool, a five-minute drive south of Coogee and accessible along the coastal walking track. Cut into the inter-tidal rock platform, the pool is set among exposed rocky outcrops, providing spectacular seascapes and a sense of seclusion. 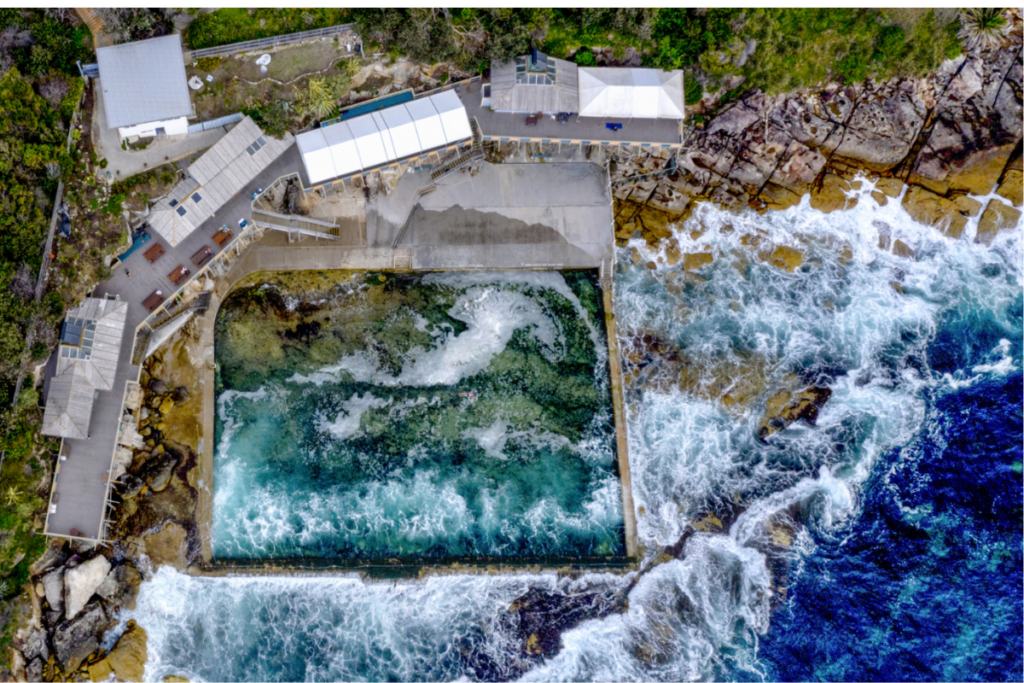 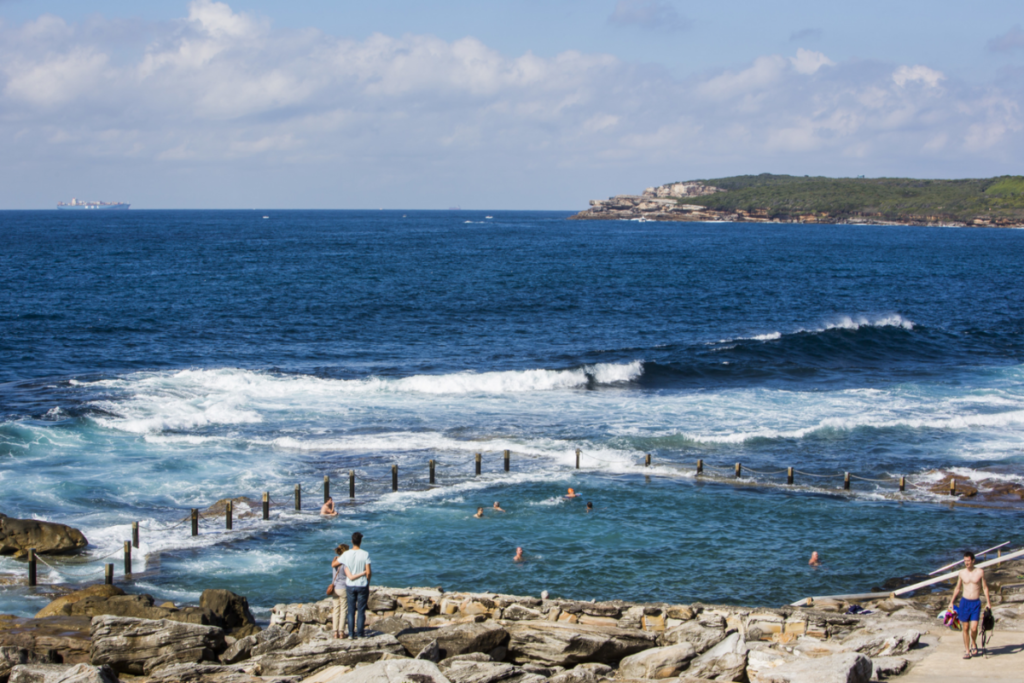 Find true north in the seaside pools north of the harbour, starting at Manly, a 30-minute drive or ferry ride from Sydney city. Triangular Fairy Bower Pool lies between Manly and Shelly beaches on the Cabbage Tree Bay Eco Sculpture Walk; The Sea Nymphs sculpture sits on the pool’s outer edge. Around the next headland is the first ocean pool to be built on the North Shore, the 50m Freshwater Rock Pool, which opened in 1925.

Get into the swim of things at the Warringah Aquatic Centre in Frenchs Forest and the Manly Andrew ‘Boy’ Charlton Aquatic Centre in Manly, which both offer lap swimming, and swim programs for children and adults, of all ages and all levels.

Take the kids to Curl Curl Beach’s ocean pool, which includes a shallow natural beach area, making it a firm favourite with young families – about 15 minutes’ drive north of Manly. A little further up the coast, North Narrabeen Rock Pool has a distinctive boardwalk that encloses a 50m pool with a wading pool for children. Other popular pools in this area include Mona Vale, Collaroy and Dee Why.

Luxuriate at Sydney’s most northerly beach, Palm Beach, where the ocean pool offers views up towards the Central Coast, and is overlooked by Barrenjoey Headland with its famous sandstone lighthouse. Lined with ocean pools a Avalon, Newport and Bilgola, this narrow peninsula starts about 40km north of the centre of Sydney. 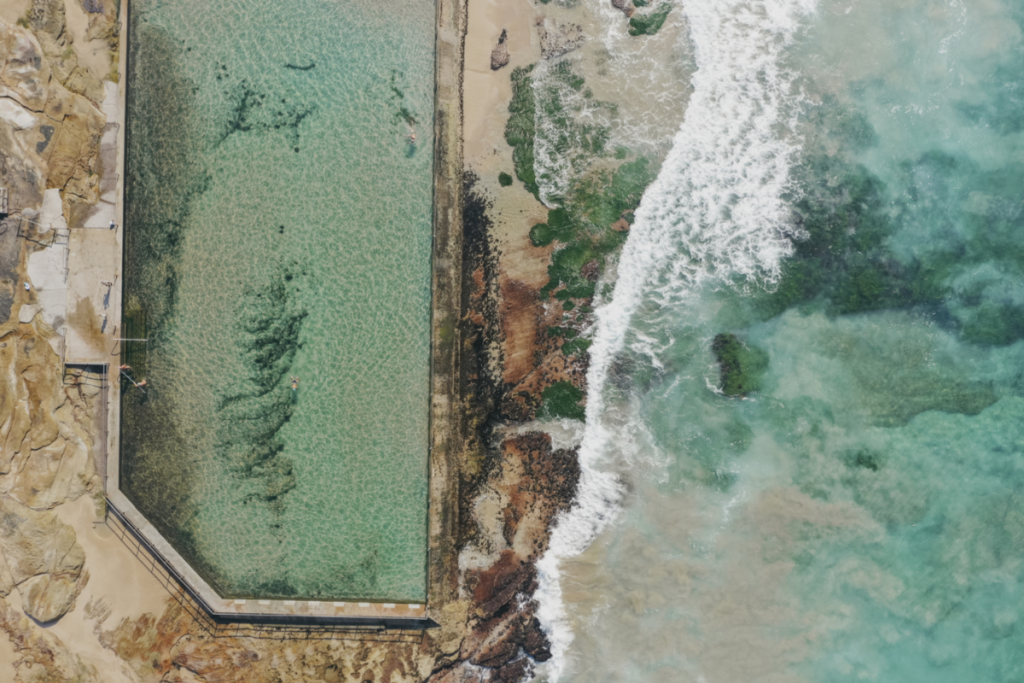 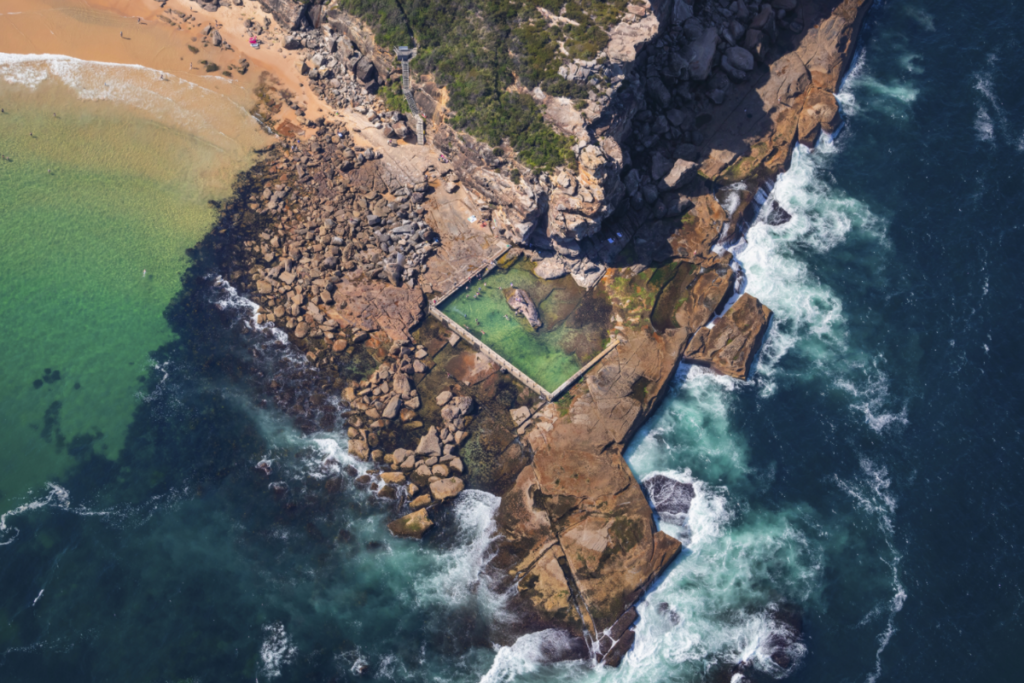